The one about Linné's 300th 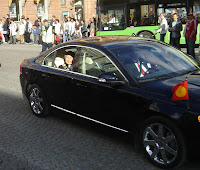 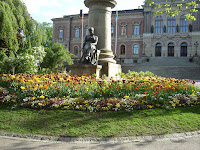 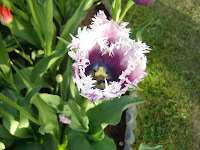 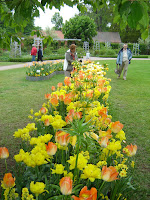 Carl Linnaeus (Carl von Linné or Carolus Linnaeus), often called the Father of Taxonomy, was born on 23 May 1707 in Stenbrohult, Sweden. He started to study medicine at the University of Lund in 1727 but transferred to the University of Uppsala one year later. Here he collected and studied plants as part of the medical (pharmacotherapeutic) curriculum. Linnaeus attached great significance to plant sexual reproduction. Botanist Johann Siegesbeck called Linneaeus' plant classification system a "loathsome harlotry", but Linnaeus had his revenge and named a European weed Siegesbeckia.

Uppsala celebrate her most illustrius son with flower festivals, flower fashion shows, and a visit by the Japanese Emperor, who smiled for the camera.

The one about snow in the Garden Route 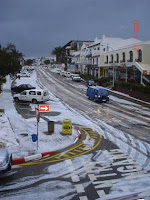 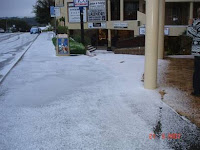 I turned my back for a few months and the weather turns on Sweden-ish (new word) in South Africa. I rarely snows in the Garden Route.
Posted by Jan-Stefan at 3:01 am No comments:

The one about charitable clothing

My tshirt slogan is up for review by the mondonation staff because the word "Aeternam" is not in the their database. However, the website did suggest that, perhaps, I should rather use "atherosclerosis". Quite clever, as atherosclerosis is a leading cause of death which may call for a requiem.
Posted by Jan-Stefan at 9:06 am No comments:

The one with two photos of Stockholm at night 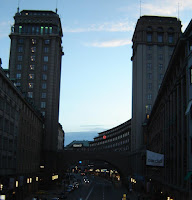 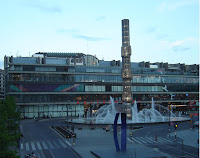 I am always impressed when I can take photos without using a flash at 22:30.
Posted by Jan-Stefan at 12:38 am No comments:

The one about the Liljeholmsbadet 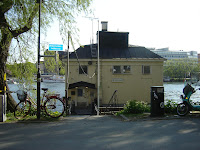 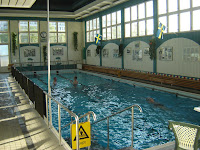 There are swimmingpools and then there is the Liljeholmsbadet. It's a floating swimmingpool and by far the best place to swim indoors in Stockholm. The water temperature was 24ºC, the water is crystal clear and it has the old world charm (when swimming was still elegant). I heard of this pool from a local after a disasterous visit to the Storkyrkanbadet in gamla stan (briefly: I was chased around the pool by a lunatic - apparently everybody knows him and he is considered harmless and probably just wanted to say hi - but how should visitors know this?).
Posted by Jan-Stefan at 12:15 am No comments:

The one about walking to work (Part1) 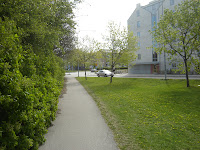 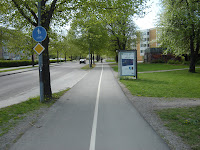 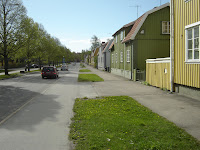 [This one of those blogs that Kathy Sierra probably would not approve of. It's a selfish post: it's all about me, it doesn't add value to the life of others, it doesn't inspire, educate, nada.]
In Uppsala I have walk to work: up Sankt Johannesgatan, then right into Krongatan which becomes Kåbovägen (next to the forest) and then, 25 minutes later, I arrive at the Uppsala Biomedicinska Centrum (BMC). I plan to photograph the entire route. These are the First Few Steps. Part 2 (The Next Few Steps) promises to be just as exciting!
Posted by Jan-Stefan at 9:08 am No comments:

The one about tanning Swedish style 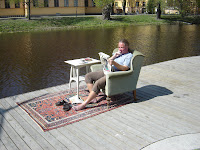 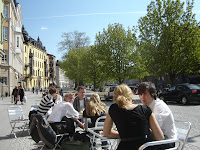 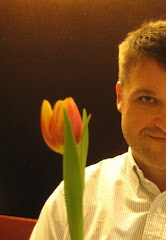